What lessons can we learn from Bondcube? [CEO Interview]

The growth in Fintech has been phenomenal during the last few years: 10 times more startups in London in 3 years, dozens of Fintech companies valued at more than $1bn, record breaking VC investments year after year.
On the one hand, it is totally justifiable. Finance will be drastically different in 10 years, and the next Google in finance may be created just in front of our eyes now – and everybody wants a piece of the action.But let’s not forget the cold reality of a startup : most startups fail, not because they don’t have great ideas, not because they don’t have great teams or great investors, but just because building a business that meets a customer need and makes money and grows is truly difficult.Because Fintech started its phenomenal growth only a few years ago, there have been few experiences of startups folding – whereas success stories such as Lending Club, SoFi, or Funding Circle seemed much more common.Which is why the story of Bondcube is interesting. It is a good reminder that building a startup is very tough – even when all stars are aligned – and that Fintech  might be even harder than other industries, contrary to popular belief.In many ways, Bondcube had many of the features of the ideal Fintech startup:– Huge addressable market: trillion dollar bond market subject to huge regulatory changes with many market participants looking for new solutions– Experienced team: CEO who had worked for years in bond trading at the largest firms and knew all the market participants, structure of the market, etc– Strategic investor: £2m raised from Deutsche Boerse, one of the main exchanges in Europe– Great client interest: $43bn (yes billion!) of bond interest were inputted in the platformAnd still they shut down 2 years after launching. What can we learn from this experience? Paul Reynolds, the founder and CEO of Bondcube, very kindly accepted to  share what he went through and this is invaluable insight for anyone interested in Fintech today. 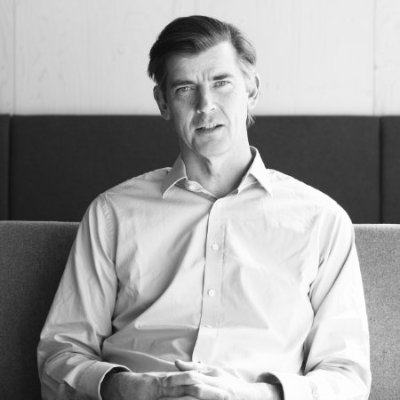 Huy: Hi Paul, many thanks for sharing your experience at Bondcube. Could you tell us about your background, and why you decided to launch Bondcube?

Paul: I have spent the last twenty-five years trading all types of corporate bonds in Asia and Europe at firms like Deutsche, UBS and Citi. I have always taken a particular interest in how technology can deliver competitive advantage and superior returns. Starting with live tradable prices on Bloomberg ALLQ in 1995, to Deutsche Autobahn in 1998 and the invention of magenta firm pricing on Bloomberg at UBS in 2007.

Could you tell us the history of Bondcube? What were the main milestones on the key metrics (people, product, clients, financing, cash flows)?

Bondcube was the child of the financial crisis of 2008. It became very clear to me in 2011 at Citi trading euro corporates that there was abundant client inquiry, as many as 1500 electronic inquiries per day, and insufficient balance sheet to price it. I needed a way of recording all the inquiry and matching it allowing for the timing differences. The internal friction of trading and sales did not permit the existence of such a system at a large investment bank so I made the decision to leave and try to incorporate the concept into a business. I would say now that ex-investment bankers do not always make natural entrepreneurs, however if one can admit one’s mistakes and deficiencies, listen to wiser more experienced folk, one may have a chance. I knew that a new platform needed technical management and build expertise that I did not possess. It also needed financial sponsorship and probably regulation. Finally it needed customers and a revenue source. I met my co-founder and CTO Mark Permian in 2012. During 2013 we began marketing the concept and found financial support from Deutsche Boerse Group in early 2014. We should have launched in late 2014, but regulatory approval was not complete until early 2015. It then became clear that the technology was late, over budget and less than functional delaying launch until mid 2015. Regulatory capital adequacy became an issue due to an absence of revenue and breakeven, stretching the belief of even a well-resourced investor like Deutsche Boerse.

Looking back, what didn’t go according to plan? What would you have done differently?

Two things spring to mind; keep it simple and deliver ‘minimum viable product’. MVP is such a simple concept and helps determine costs, financing needs, customers, price and revenue. The cost burden of regulation was not commensurate with a start-up. The technology failure obliterated the financial forecasts and the client base and revenue model were beyond the viability of a start-up. Now, I would devise an incredibly simple system functionality menu. I would structure a model that did not require regulation. I would target a handful of clients and obtain revenue at the outset, not at the end.

Like a certain number of Fintech startups, you were targeting institutional clients. What were your takeaways from working in b2b?

I do not think it is possible for a start-up to obtain a paying buy-side client base in any period of time that is viable for an investor. The existing dominant platforms have taken years, many of them unprofitable, to obtain full integration with thousands of buy-sides. Trying to replicate that takes more money and time than any of the newcomers have allowed.

What advice would you give a Fintech entrepreneur who starts her startup today? Based on your experience are there any startups you find particularly interesting today?

I would wait for a half decent one to go into liquidation and buy it for as little as possible without debt. Many of them are interesting for different reasons and workflow features. In almost all cases they retain the buy-side to sell-side work-flow and add a new feature. None of them really bring a revolutionary concept that fundamentally changes the modus operandi like Uber or Airbnb has.

I was very impressed to see that you are already on your next startup. Tell us what is Bondchain and at which stage it is.

Bondchain is a network of bank and broker networks where  traders can find trading opportunities and buy-side traders can efficiently execute. Bond chain maximises the value of data and informs its users of opportunities to trade efficiently. The data is made up of actual buy and sell interests, a list of bonds that respond to a corresponding buy or sell interest and finally an interest in a bond that has corresponding meta data. It is a real-time feed of all activity in any bond. It simply informs a user of what, who and where to go to interact with it. It takes no role in negotiation or transacting.

Thank you for your very candid answers Paul, best of luck for Bondchain and I’m sure we’ll continue hearing a lot about you.

In my view, Fintech has now reached a different stage of maturity, where the early startups like Bondcube – that were built on a vision – have to show concrete results to get additional funding. This won’t be the case for many of them, and some startups will fold, some will sell their technology, some might be acquired, etc. But all that experience will give rise to a second generation of Fintech entrepreneurs who will have more than just a vision – they will also be extremely focused on implementation. So it could be quite rocky for Fintech valuations, but very interesting for the long term development of Fintech.

« SoFi: a Fintech that uses Techniques from Traditional Investment Banks » Why did Blackrock pay $200m for FutureAdvisor?