With thousand of startups working on the next financial innovations, it is clear that banks – despite all their resources – will find it challenging to be at the forefront of innovation.

On the other hand, banks know that they will have to adapt to the world of Finance 2.0 and we have seen many initiatives, from BBVA to Santander, HSBC to Deutsche Bank, Lloyds to UBS, to catalyse their digital transformation.

One of the very notable initiatives lately has been the Citi Mobile Challenge launched by – you guessed it! – Citi*. Citi already has a lot of programs linked to innovation (Citi Ventures / Innovation Labs / Accelerators / Digital Money Symposium, etc.), but the CMC is a game-changer in bank innovation.

I’ve had the chance to follow the story from the inside, and am happy to share it with you:

– A year ago, Jorge Ruiz and a few of his colleagues in the Miami office had the idea to launch a Hackathon for Latin America. They would invite startups to develop innovative applications based on Citi APIs, in a hackathon format. This seems simple enough – large companies now use hackathons regularly – but the results are sometimes underwhelming because it is not easy to create the magic between small startups and a big firm. In less than 40 days, Jorge’s team managed to attract 500 developers who developed 50 prototypes, out of which 11 were selected as potential partners for Citi.

– Based on that success, the team went on doing the same for the US. Same method, same results. In less than 3 months, 12 startups were selected as potential suppliers to Citi, with 3 that now work with Citi.

– There was however a big difference with standard hackathons – that normally last a couple of days. Here, the startups were working during 30 days together with Citi and the partners to build new solutions. In other words, it was less of a hackathon, and more of a hybrid Hackathon/Accelerator. This in my view is an important development for bank innovation. Normally, enthusiastic startups will find a way to be in front of a bank, but the main difficulty lies in getting the traction within the organisation – which you can’t really have, even after a 2-day hackathon. On the other hand, a 30-day interaction gives the startup a much better idea of the way the bank works, what it is looking for, and is a great reality check.

Jorge very kindly agreed for me to share some of these results, which you can see are very interesting: 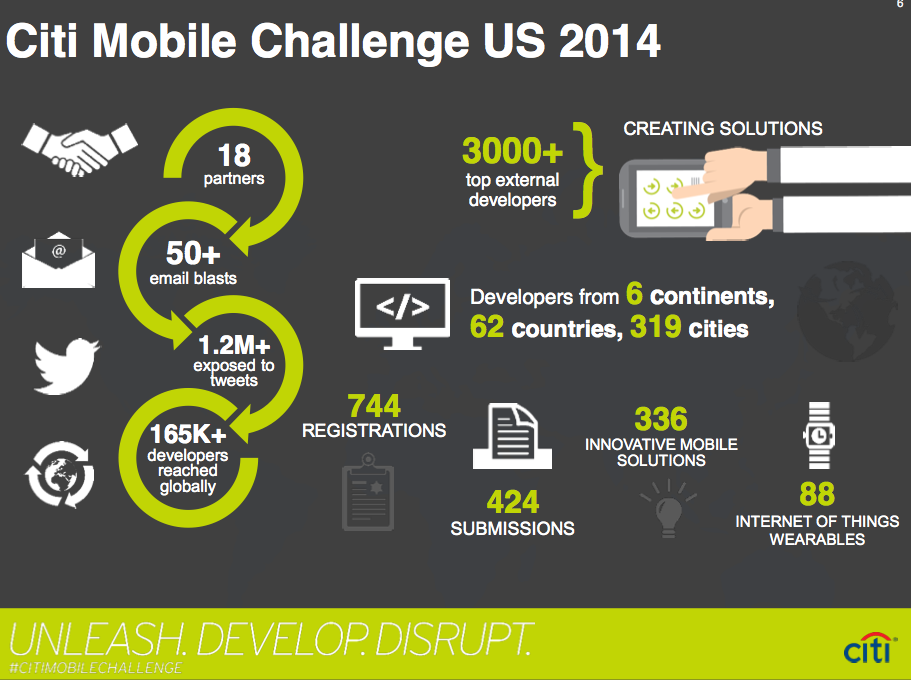 What are the lessons that can be learnt from the CMC:

– The CMC is a very new interesting model of interaction between banks and startups. I wrote previously about the challenges of startups to work with large organisations. The CMC solves some of these issues.
– Startups should definitely use programs such as the CMC as their entry point into a bank – it will give them access to the right people within the bank, help them understand the process, and be part of a process that already has the focus of the bank.
– Innovation can come from anywhere and, with the right momentum, can scale very quickly. Large organisations are better used to having big programs implemented from the top, but the CMC started with a very small and motivated team in the Miami office (clearly a nice place, but far from the headquarters of Citi!) and became global less than a year after.

After Latin America, after the US, the CMC is now coming to Europe, Middle East and Africa. There will be selection days in London, Warsaw, Jerusalem and Nairobi at the end of April.

Update: IBM, Mastercard and Uber will also expose their APIs, so startups will be able to create applications that leverage both Citi and Uber information for example.

If you are a startup, this is your chance to
– enter a prestigious competition,
– work with the teams of Citi and understand how a bank really works with startups,
– win $100k
– and get a contract with Citi ! 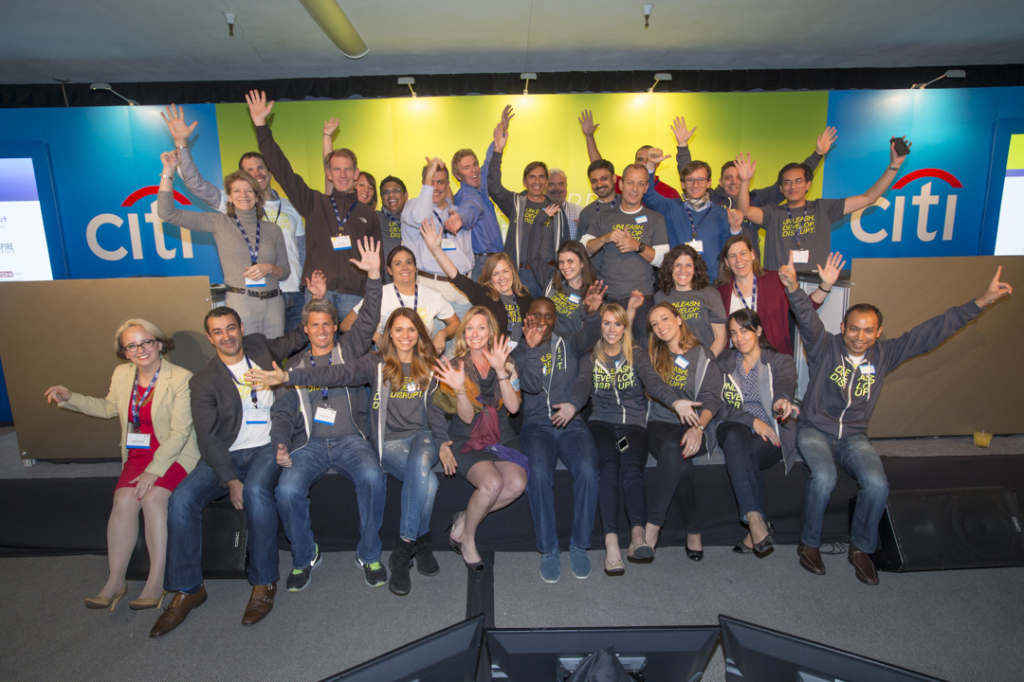 * Disruptive Finance is a personal blog and I normally do not write about Citi for obvious reasons. This Accelerator/Hackathon initiative is however very important in the Fintech space and I tried to write about it in the most impartial way. All information is public information or cleared for distribution.

« Banks to compete with Google and Amazon! The empire strikes back? » Top 130 Fintech startups