Why Fintech is an opportunity we might not see again…

These are not my words, but those of Rob Frohwein, CEO of Kabbage. Read on to understand more about the context of the discussion that led to the topic of Fintech opportunities with Rob…

But before, let’s start with a thought experiment:

Simply said, you’re at the top of your game, and you have a very promising career in front of you.

Now, your young 25-year old analyst keeps telling you about all the meet-ups she goes to in downtown New York, this Silicon Alley stuff, and how everybody will soon watch adverts on their computers. What do you do?

You have chosen A. Your career hasn’t really progressed as you expected, but you’ve been lucky, because you still have a job, whereas half of your colleagues lost theirs. You just hope that press advertising keeps going for a bit more…

You have chosen B. This has been an incredible journey! The largest clients now spend almost 80% of their budget in digital, and you manage a huge team of people who do social media engagement, SEO, even reputation management – who would have thought! And some of your friends have become even more successful, they became bloggers – who would have imagined it could even be a profession…

In terms of numbers, this is exactly what happened in the last 10 years in advertising, because almost half of the jobs and budget disappeared in newspapers, whereas jobs in digital increased four-fold. The graph below shows quite clearly how traditional jobs disappeared, while new ones appeared. Overall, there are slightly fewer jobs, but the transition from traditional to digital jobs is quite clear.

Could the same happen to finance? In my opinion, it is likely – because we have seen that process happen in many other industries already, from advertising to travel, from e-commerce to media. Which shows that the advent of technology in finance will not be just “fewer people through automation”, but also “new jobs thanks to technology”.

“For those who missed the Internet, Fintech is an opportunity we might not see twice”: I can’t agree more with that statement. I was an entrepreneur during the exciting Internet years. I was in finance for a long time. I am so convinced about the new opportunities in finance that I even left my job as MD at Citi to launch The Disruptive Group.

If you are a regular reader of Disruptive Finance, I don’t need to convince you of the opportunities in Digital Finance: hypergrowth is coming to finance, the Amazons of this world are getting into finance, huge money is being invested in the space, etc. 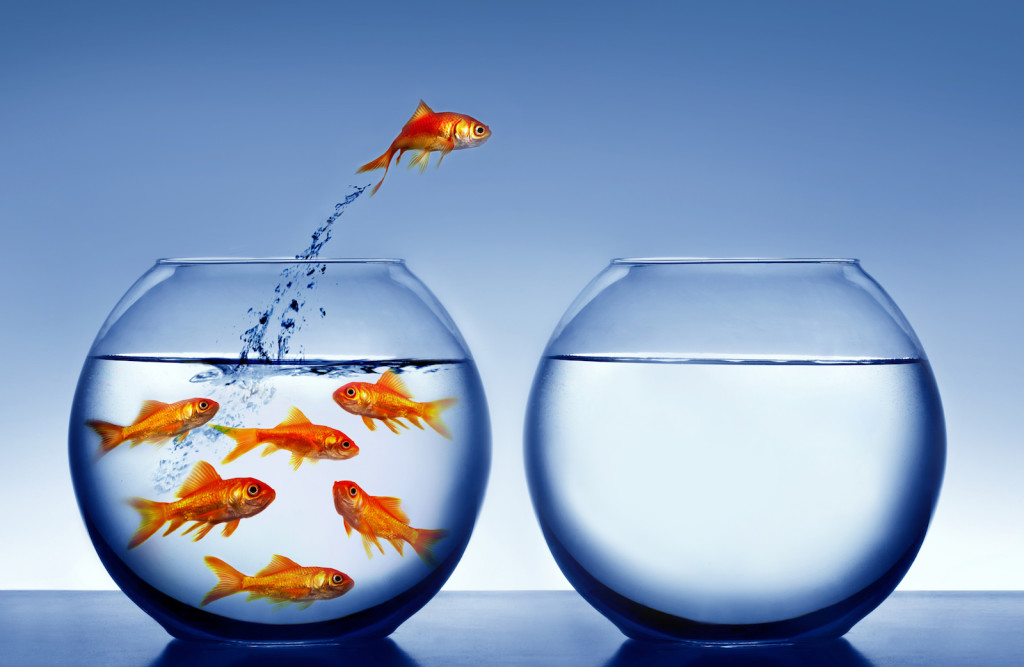 But how do you make the most of the opportunities in Finance 2.0? How can you be part of the B) group, and not A), whether you work in a large institution, as an entrepreneur or technologist? There’s no secret to it. In a world that is fast changing, learn, learn and learn.

For the last few years, I have been involved at Oxford Said Business School, Imperial College and other universities to bring awareness to both MBAs and Managing Directors in the transformation that is happening in finance. I have seen how much people, whether junior or senior,  want to learn, but find it difficult to know where to find the right information. I really enjoy sharing with all of them, but it’s not scalable: there are millions of people who need to learn about this wave of digital finance, and acquire new skills.

I am therefore particularly happy – and proud – to be an instructor on the Oxford online Fintech course, and help thousands of people in learning more about Finance 2.0. The first programme started very successfully last week, and others will start very soon, and I’d encourage you to have a look.

But how can we have even more scale? How can we reach the hundreds of thousands of people who might be entrepreneurs in Asia, and could build the next Ant Financial? Those in Africa working on the next M-Pesa? And also my ex-colleagues in the City or Wall Street wondering about the impact of AI on their jobs?

This is with this objective in mind that at CFTE, we designed our first online course, a Fintech Foundation course called Around Fintech in 8 hours.

We have structured the curriculum with Janos Barberis, founder of the largest Fintech accelerator in Asia. Andrei Kirilenko, finance professor at Imperial College. And Dan Liebau, founder of LightBulb Capital, an advisory firm in Singapore and HK. In addition to being industry experts, they launched Fintech lectures at Hong Kong University, Imperial College and Singapore Management University.

Knowing how important it is to take this first step and start with the right foundations, we’ve designed a very structured course as follows:
– 8 hours of online course, that can be taken over a period of a few months
– 16 modules covering 4 main topics: what is Fintech, the technologies, 4 key pillars of Fintech, and who’s behind Fintech
– Video lectures, readings and also interviews of 16 Fintech CEOs and senior leaders in banks and insurance.
– With a Certificate of Completion at the end for those who pass the 16 modules.

You can have a look at the programme here.

I promised I would tell you about the discussion with Rob Frohwein. Rob is CEO of Kabbage, a Fintech company in Atlanta that specialises in SME lending, and has raised hundreds of millions from SoftBank and other investors. I have followed Kabbage for a while now and keep being very  impressed by what they do in the space of data-led lending. And so I reached out to Rob and asked him if he wanted to share his insights on Around Fintech in 8 hours, and he very kindly accepted.

When I asked him “Why do you think someone should learn Fintech today?“, that’s when he replied “For those who missed the Internet, Fintech is an opportunity we might not see twice“. Coming from someone who has built one of the largest Fintech companies in the world, who knows this world inside out, this is definitely worth listening to.

We are more or less the same age with Rob, I was an entrepreneur during the exciting times of the Internet, I’ve been in finance and Fintech since, and it’s clear as water that huge opportunities are coming.

For those of you who are wondering what you should do, learn, learn as much as you can and start now. Learn from Oxford, learn from Around Fintech in 8 hours, learn from anywhere you can. Because when 16 very knowledgeable insiders from the US, Europe or Asia, they all tell you that something big is happening, it might be worth listening…

And why not save this blog and read it in 5 and 10 years? That would be quite interesting to see how the future of finance has unfolded…

PS : as co-founder of CFTE, my warmest thank you to the team that has worked months on Around Fintech in 8 hours, to all the supporters who helped test the course, and to Tram Anh of course.

PPS : Registration for Around Fintech in 8 hours ends 29th October. For readers of Disruptive Finance, don’t hesitate to use the code DISRUPTIVE on the payment page for a £50 discount. And share it with your friends.

« The single most important quality to be an entrepreneur? » What are the skills for Finance 2.0? At the Singapore Fintech Festival