What’s the main challenge for Fintechs and banks to work together?

Last Thursday, I had the pleasure to co-chair the BBA Fintech Conference with the immensely knowledgeable Imran Gulanmhuseinwala. It’s the second time in a week that I attend a conference with two regulators (loosely speaking…) presenting their views. This time, it was the Bank of England and the FCA, the previous week, it was the French AMF and ACPR (more on that in a next blog).

The conference’s theme was about collaboration between banks and Fintechs – and clearly, we have seen a huge shift in that space over the last few years, where a few years ago it was all about the threat of Fintech to banks. But then, many startups found that competing with large incumbents is not that easy – because of high customer acquisition costs, customer inertia, etc. – and now have a strategy of working together with banks. This strangely reminds me of what happened in the Internet bubble, where many startups started in a B2C model, and then realised that acquiring customers was very expensive, and then switched to a B2B model. At that point, they realised that selling to a large corp was also not easy… (This is a story I know quite well, because that’s what we did at Ukibi in 2000!)

The conference gathered around 200 people, and the audience was mainly composed of bankers – not surprising considering it was organised by the BBA.

The main points I took from the conference: 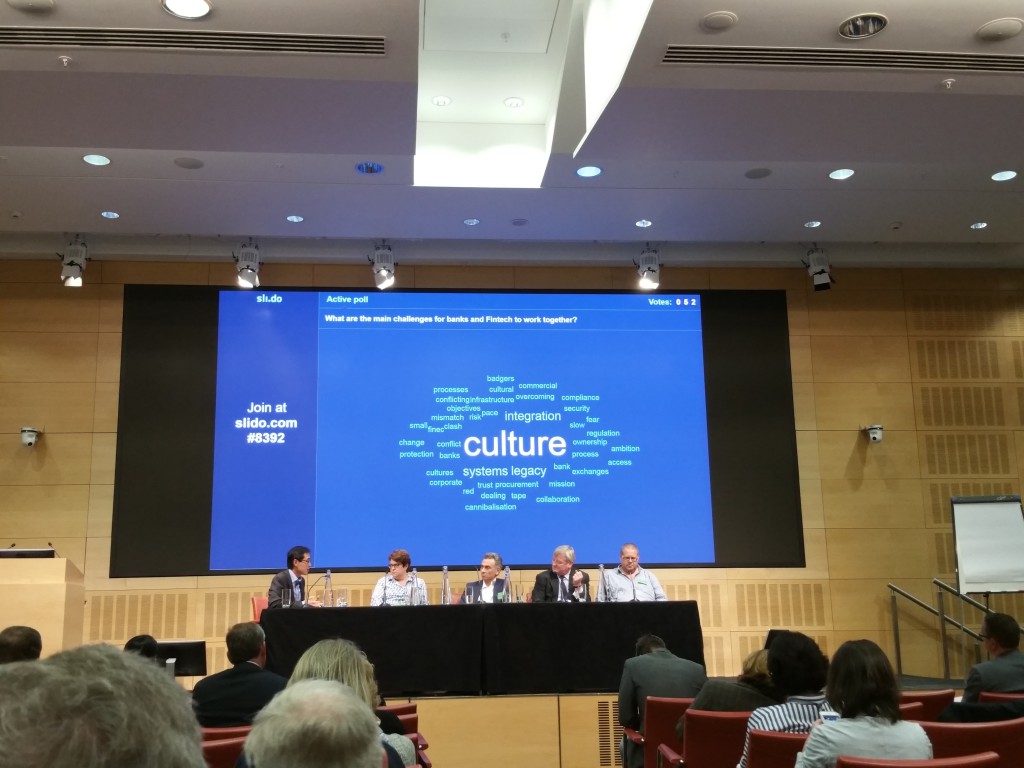 Overall, it was a great day. What is very clear is that many Fintech startups now have a business model that requires a strong collaboration (partnership, distribution, sale) with large financial institutions. Most people are aware that it’s not obvious to have a 20-people startup to collaborate with a bank with 200,000 employees, and are working to improve the system – and it’s great that the regulators are also helping that process. It doesn’t mean that it’s easy though – and I suspect it will never be…